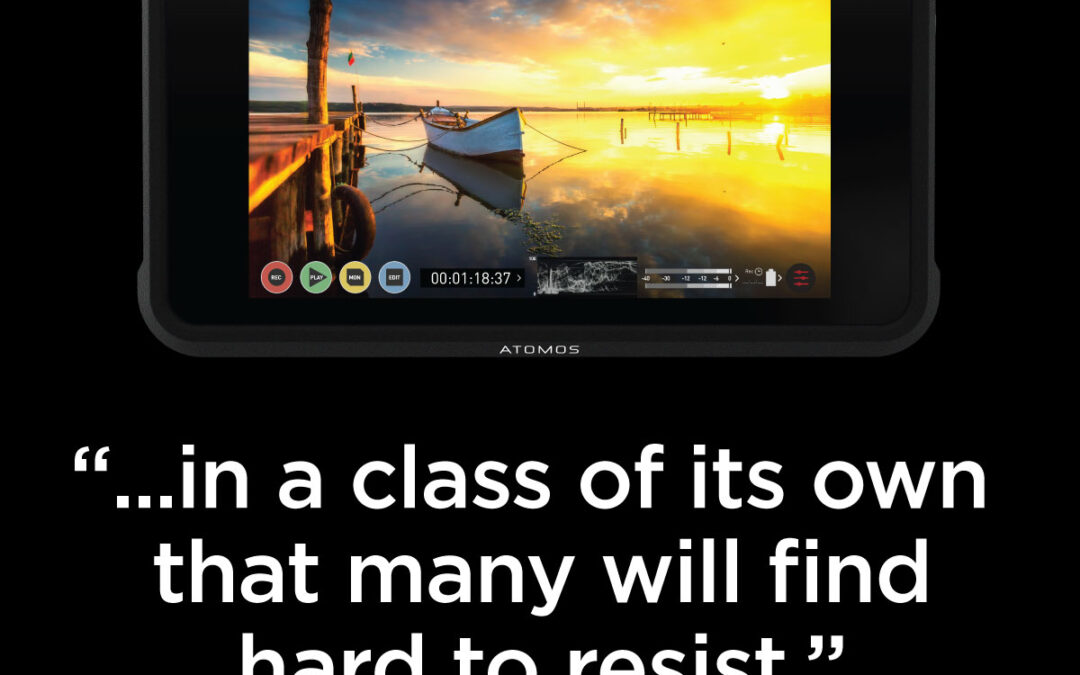 Atomos have today released the latest AtomOS 10.3 for Shogun 7, previously announced at the IBC 2019 show. It upgrades the panel to 3000nit peak brightness (+/- 10%) for improved dynamic range on-screen in both HDR and SDR. The clever part is that this scene dependant and uses the Shogun 7’s innovative 360 zone backlight system to its fullest capabilities. It is the best ever image on an Atomos monitor recorder.

This is a substantial improvement which is clearly visible if you compare the unit before and after the AtomOS upgrade. Now with 15+ stops shown on-screen (dependant on the camera’s capabilities) there is much more range, especially in the highlights. The 3000nit peak brightness is automatically applied in PQ and HLG modes. In Rec.709 and ‘native’ modes 3000nit peak brightness can also be engaged but must be manually turned on.

Whilst the 3000nit peak brightness modes provides much more insight into the image, it is worth noting that this does not mean it will provide the most viewable image in extremely bright conditions outside. For this type of use we recommend the existing 1500nit ‘daylight’ mode for Rec.709 or ‘native’ viewing, with the brightness adjustment set to maximum.

The Shogun 7’s new 3000nit brightness is being used to expand the dynamic range of the displayed image. Combined with the zoned backlight it greatly improves the HDR capabilities of the screen. Customers may be expecting that daylight viewability will massively increase and you should be aware that this is not universally the case. Standard high brightness edge-lit monitors simply increase the brightness across the whole screen and raise the black level often causing it to be milky grey. Instead the Shogun 7 uses all available brightness combined with the dynamic backlight control to create deeper blacks and ending with a brightest point at 3000nit (+/- 10%). The clever part is that Atomos analyse how the picture is shown on a scene-by-scene basis guaranteeing an optimal result every time.

Utilising this scene based analysis the firmware is also able to offer the new Dolby Vision live output.  When engaged in the AtomHDR menu this output enables Log inputs, or playback, to tunnel-out real-time live Dolby Vision HDR over HDMI to a compatible Dolby Vision Television (currently support if available for selected LG models including the C8 and E8 series)

High frame rate functionality has also been enabled to support the 2kp240 RAW outputs via SDI from the Sony FS700 (with RAW update), FS5 (with RAW update), FS5 MkII, FS7 MkI/II (with XDCA-FS7 expansion pack), Panasonic Varicam LT and EVA-1.  This gives the Shogun 7 the ability to capture these formats to variety of formats including ProRes RAW, plus play them back live on the unit at retimed frame rates.